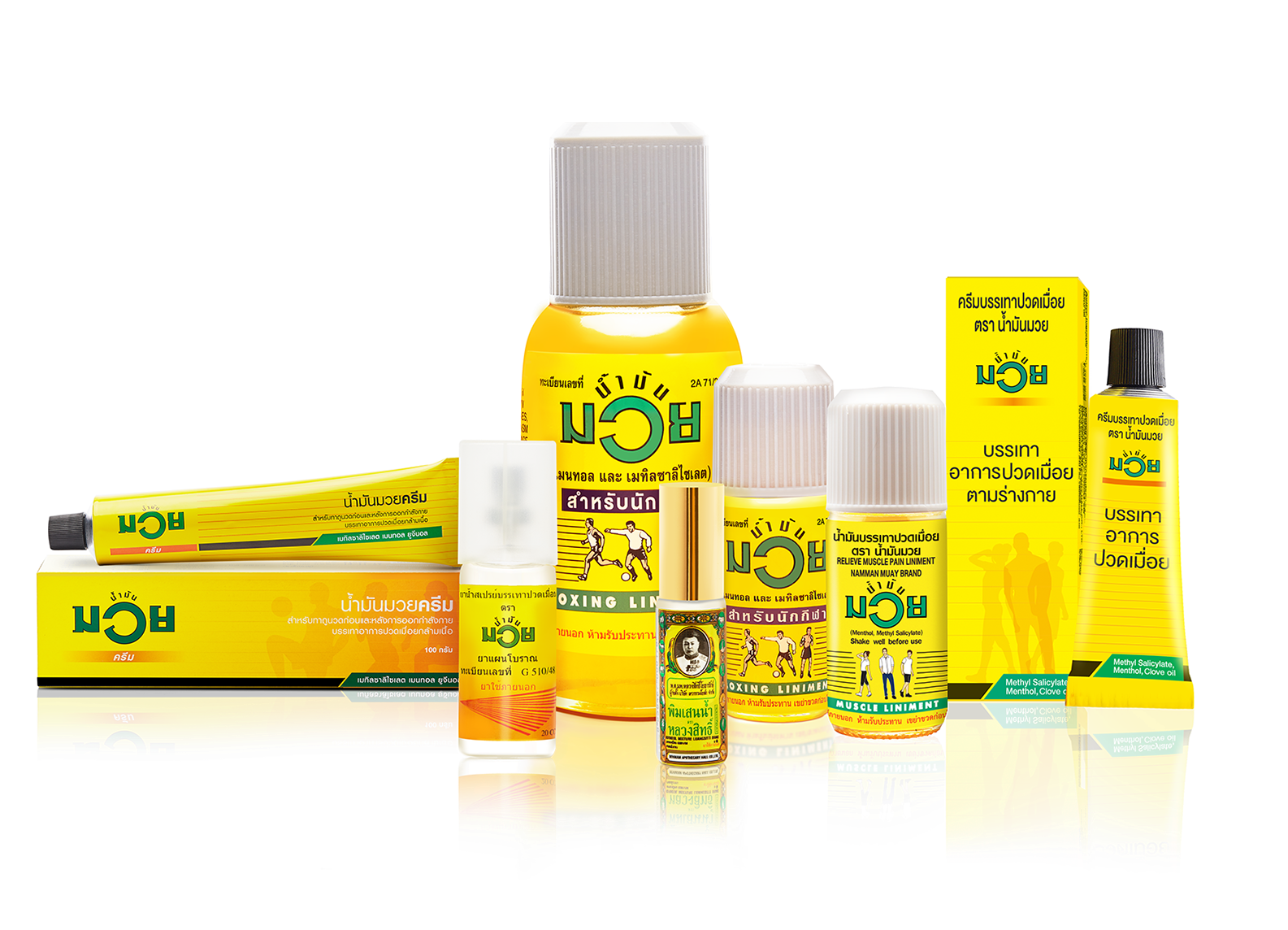 Namman Muay liniment formulation was invented by Devakam Apothecary Hall which was founded in 1937 (over 80 years ago) by Major Sit Yotharak (Thongmuan Intharathat) who was No. 1 physician and the founder of the company. 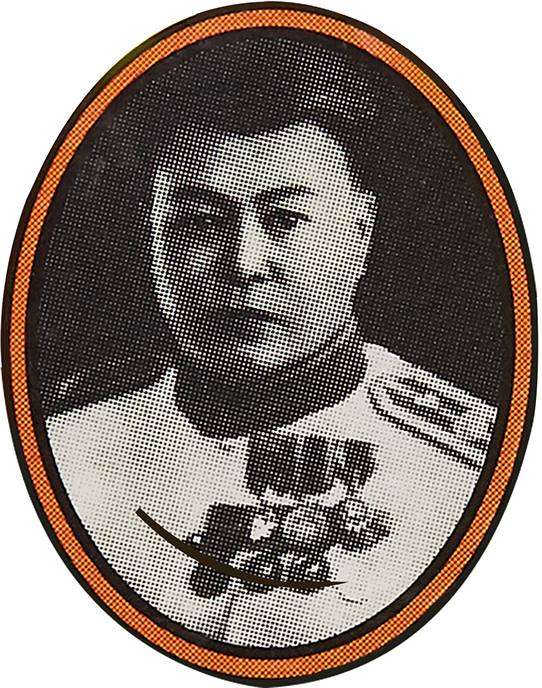 Major Sit opened a clinic and formulated various kinds of medicines back in the day. The first medicine launched for sale was “Pra-sa-nor-rad” for fever and pain relief

Later, Ministry of Public Health informed that the word “Nor-rad” which means a rhino horn should be changed as it was over-claimed. Therefore, the company then changed the trade name to “Pra-sa-bor-rad” instead. This medicine became quite popular as it was sweetened by Lactose and Saccharin sodium which made it easy to drink. Apart from “Pra-sa-bor-rad”, the company also co-produced “Ga-Man” a sore throat lozenge and “Solex toothpaste” with Jumpathong Co., Ltd. As the drugs had become more popular, Major Sit then decided to set up a limited company located nearby Thewakam Rangrak Bridge on Nang Loeng Rd. in Bangkok, Thailand. Next, the corporate brand “Devakam Apothecary Hall” was named and connected with its place of origin since then. 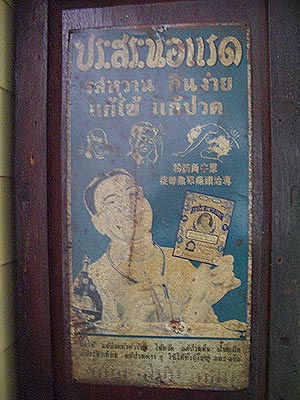 Mr.Thongtos Intharathat, a son of Major Sit Yotharak, he set up his own boxing gym called “Kingpetch”. The main boxers at the gym was "Pone Kingpetch”

Later in 1957, Mr.Thongtos Intharathat, a son of Major Sit Yotharak, stepped in to help his father run the family business. Thongtos was a businessman who was passionate about boxing. As a result, he also set up his own boxing gym called “Kingpetch” located on Petchburi Rd. in Bangkok. He aimed to produce several Thai boxers for both Muay Thai (Thai boxing) and western boxing. At that time, there were 3 main boxers at the gym, one of them was Mr.Mana Seedokbuab who was born in Hua Hin, Thailand. Thongtos aimed to make Mana become the professional world boxing champion one day, so he named Mana’s ring name as “Pone Kingpetch”, originated from his brother’s name, Major Pone Intharathat, who passed away in 1949. 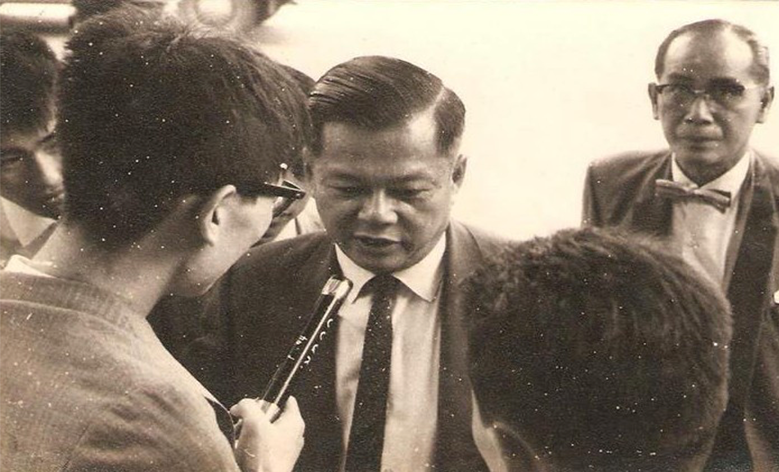 Mr. Thongtos asked the first-class pharmacist at the company to formulate original composition which mainly used for the gym boxers to warm up faster before boxing matches.

Prior to the fight, all boxers normally massaged their muscles with stoke oil. As the stoke oil was oily, smelly, and causing irritated eyes, so Thongtos asked No.1 pharmacist at the company to formulate another original composition which was the white opaque water-in-oil emulsion. Nammanmuay liniment was then introduced and mainly used for the gym boxers to warm up faster before boxing matches, and to relieve muscle strains and stiffness after the fights instead of using stroke oil. 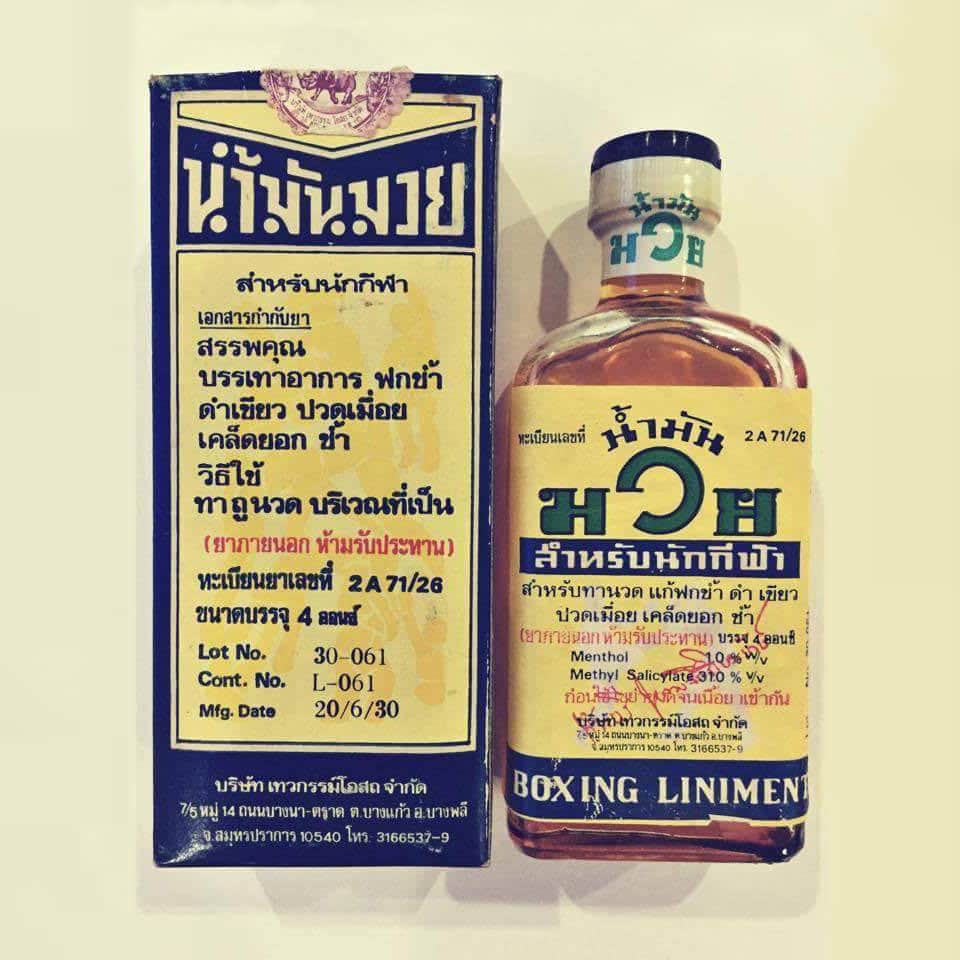 On 16th April 1960, Thongtos as a boxer manager, led Pone Kingpetch to the ring where Pone defeated Pascual Pérez, an Argentine boxer, for the world flyweight championship at Lumpini Boxing Stadium in Bangkok where the late HM King Bhumibol Adulyadej (King Rama IX) and HM Queen Sirikit watched and witnessed the match. Although Kingpetch won by split decision, it was Thailand’s legendary match which Kingpetch had become Thailand's first world boxing champion (Flyweight Division: 112 lbs.) with the great help from Thongtos who was behind his success. Since then, April 16 was called “Thai Athlete’s Day”. 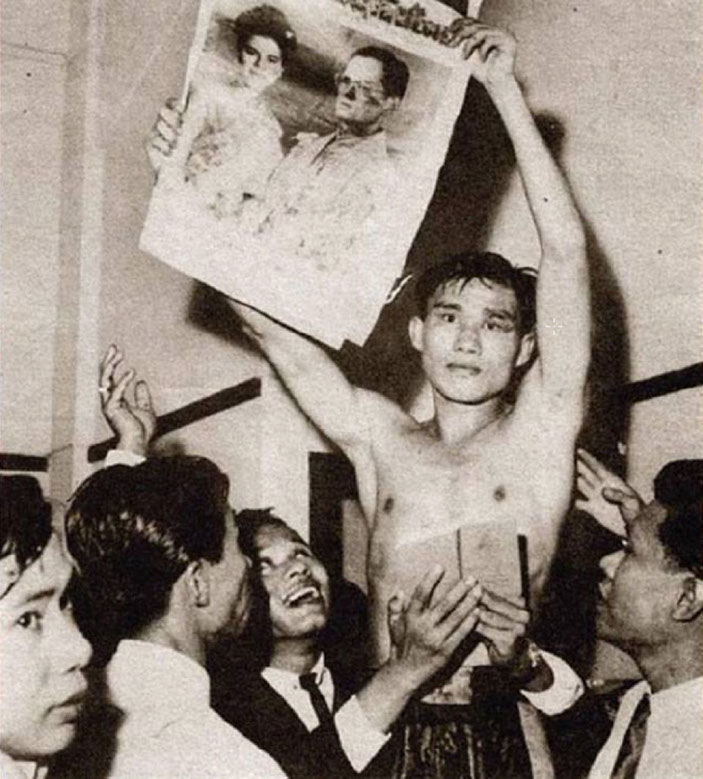 Apart from producing world-prized champion at Kingpetch gym, Namman Muay liniment by Devakam Apothecary Hall has become well-known product among boxing gym owners. Most of them bought and made sure that their Muay Thai and Western boxers applied Namman Muay liniment, hoping that one of their fighters would become a world champion like Kingpetch. As many boxers heard and talked a lot about Namman Muay, as a result, the company developed the formulation of Namman Muay to be more user-friendly by changing the color from white opaque to yellow with unique scent. In 1962, the company was registered as a manufacturer and distributor of this unique product under the trade name “Namman Muay”. 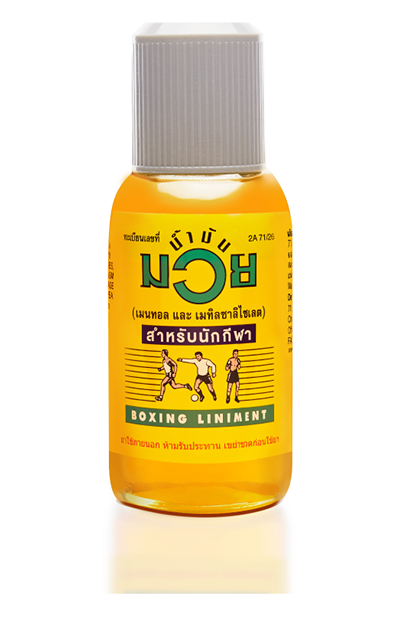 “Namman Muay” is a quality healthcare products to prevent and relieve pain from everyday lifestyle activities for everyone.

After that, Namman Muay has become commercially viable with outstanding qualities and properties, it is talked about and widely-used not only among boxers including Buakaw but also other athletes e.g. runners and football players as well as in spa industry and people in general. “Namman Muay is a quality healthcare products to prevent and relieve pain from everyday lifestyle activities for everyone.” 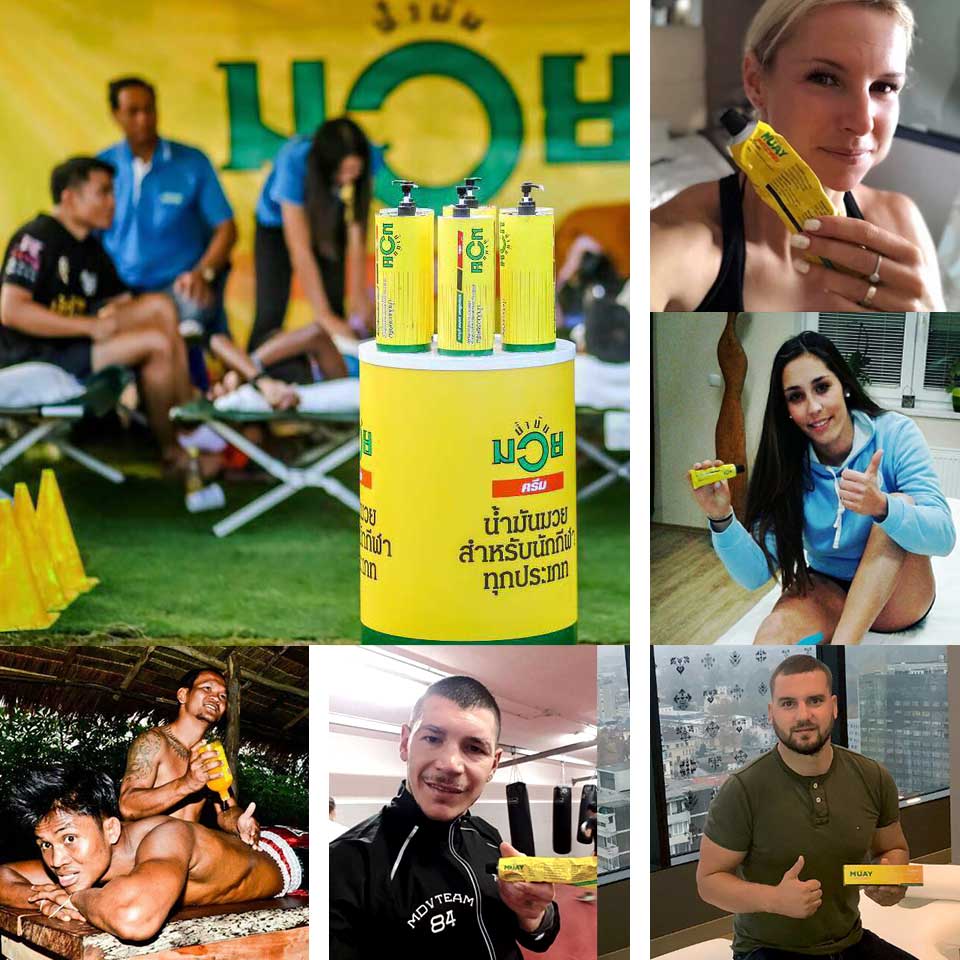